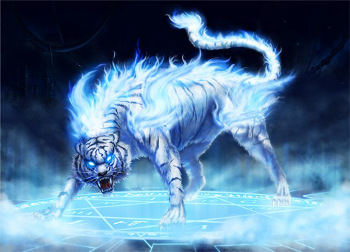 
This was certainly good news! To those who are not familiar with Kabini, the "Power Line" is like a landmark on the Safari Circuit and extends for a distance of km. There is a Safari path right below these heavy [high tension] power lines and its a common place for sightings. On inquiring further, we discovered that the sighting was that of a sloth bear which darted across the Power Line and would probably make itself visible again. Although the driver was ready to wait it out, the impatient ladies club did not think much of it, and asked the driver to keep moving.


The driver reluctantly agreed and started going around Zone A. The ladies continued their chatter as we covered ground and we didn't have much luck on any other sightings, except for a curious Sambar and a couple of 'Indian Rollers' merrily sitting on tree branches very close to us. After some time, even the driver gave up on trying to silence the bawly crowd and simply covered the circuit without showing much interest in showing us other animals.

After a disappointing 3 hours in the forest, we were on our way out and soon, arrived at the resort. On inquiring with the others, we discovered that no one else had any luck with big cats and the rains probably had a part to play. My wife said that she was probably unlucky since she never got to see any other animal. While we packed our bags and got back on the road back to Bangalore One thought kept coming back to me constantly.

Things got busy and very hectic as the big day came closer and all of us were quite busy with the shopping and the preparations for the wedding. However, the power of social media and how it can influence a person is something one cannot ignore. Casually browsing through Facebook, I come across a stunning picture of a leopard in the trees which was spotted at Kabini.

To top it, the photograph was absolutely brilliant and it made me sit up and take note. Since we were busy with the wedding preparations, I put that thought on hold but it was definitely a thought that would haunt me for the following weeks.

This time, I'd be in pursuit - in pursuit of the elusive big cats, Panthera pardus and Panthera tigris , to be precise. While the big day in the family was getting closer, I was trying to find out about a good time to visit Kabini. It was a date that was definitely after the wedding and it had to be in one of the drier months, where the chances of spotting big cats would increase significantly.

Again, I see pictures of leopards and tigers on Facebook during the casual "scrolling" and I noticed that they were posted by Toehold, a company that organizes these photography trips. Disclaimer here neither am I advertising for Toehold nor being paid by them. 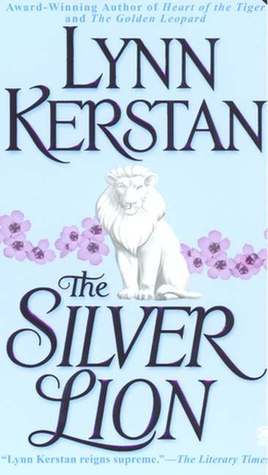 I know the company since I had been to the Ladakh Photography trip with them and it was a fantastic experience for me. Read the Ladakh TL here. I checked their tour plans and thankfully, they had one such trip to Kabini just a couple of weeks after the wedding date. After a quick exchange of emails and other basic details, I was booked for the Kabini Trip. I was ready for the pursuit of the Panthera-s! The best part of getting ready for a wildlife photography trip is that one really doesn't need to pack much gear - just a couple of camo clothes and cameras with sufficient SD cards, and one big honking lens!

There is no second guessing whether I'll need that wide angle lens, the 35mm Prime or that all day or an even broader ! One lens - One Camera - One Pursuit - and a hell lot of patience! That's it! With everything packed and set, I left home early by 7am. It was an early start for the destination Kabini, but I had to leave early as there was supposed to be a verdict on the Cauvery Issue on this day, and the last thing I'd want was to get stuck on the infamous Mysore Road due to random highway blockades. Thankfully, there was no such incident and I reached Kabini bright and early - by noon.

On reaching, I got introduced to the group and we all had a scrumptious lunch. Although they charge a small fortune for the 2 days we spend there, the facilities and food are really wonderful. It's hard to believe that the place has been maintained by the Govt. After exchanging ideas and photos of previous exploits at JLR during lunch, I had a pleasant surprise when I met ' Stryker ' from TBHP - he's been the blue-eyed-boy here as well as in Kabini, and has had some amazing sightings and equally wonderful pictures.

It was a great experience to meet a TBHPian! What a small world we live in! Coincidentally, he was a part of our Toehold photography group and had offered to carpool and pick me up from BLR! Safari 1: Soon after lunch, we were allotted a Zone and we were told to assemble for the Safari. It was pm and after a quick gulp of nice hot coffee in the sweltering mid afternoon heat, we were on the way to the Forest. Our focus this time was on the big cats. Moreover, there was a buzz in JLR that a Black Panther had been spotted the very same day, during the morning Safari and that made us all sit up in anticipation, holding our lenses and cameras, ready for that elusive glimpse of the feline.

We moved along gently through the Safari paths in the forest and came back to the Power Line area. It was here that the Black Panther was spotted in the morning and predictably, more or less all the other jeeps were here too. We were doing the power line circuit repeatedly, looking out for any alarm calls or anything that may be an indication of a wild cat. There was definitely a buzz in the air near the power-line area, quite literally!

It was the electromagnetic buzz from the heavy electrical wires above our heads that was making this faint chattering buzz! There were hordes of spotted deer and jungle fowl doting the landscape. We also caught glimpses of flame backed woodpeckers who happened to be very shy and didn't want to pose for the camera. It's amazing how the "tokkk tokkk" pecking noises that these woodpeckers make sound in an otherwise calm forest.

I clicked pictures of whatever species was posing for the camera, and in the process, locked focus on a Langur family, a Serpent Eagle and Red Wattled Lapwing which was feeding along the edges of a watering hole. A Langur Family- Cute little one! Meanwhile, our Bolero was doing the rounds of the forest and stopped at a group of Langurs. I was able to get one in a position where the warm afternoon sunlight was catching it's eye and hence, clicked a couple of these pictures. Not very interested in my camera! Perfect catch-light in the eye Since the felines were playing hard to get, and it was already past the half way mark on the safari clock, we concentrated on other species now.

I was finally able to get a decent yet poorly lit shot of a Woodpecker. We then drove on deeper into the Jungle where we were lucky to spot a group of Elephants. Flame Backed Woodpecker Elephants The big cats still eluded us and we decided to circle back to the power line area once again - one last time before we had to get out of the forest gates. On the Power-Line Path Note that the above image is of another Safari vehicle moving along the power line path.

The vehicle was easily a km or two away - just that I have zoomed in all the way and because of this, the Bolero looks much much closer.

Frankly speaking, it was not even visible to the naked eye - and just looked like a blackish blob in the distance. With our hopes going down with the fading sun, each minute in the forest was precious now and we were desperate to catch a glimpse of a tiger or a leopard. Sadly though, we got nothing - nada - zilch! Time to go back! With the sun setting fast, we had to call it a day and head back into civilization again. Our driver made quick progress towards the forest gates and was out within the stipulated time. Safari 1: Done! Sightings: Zero! Safari 2: After a disappointing start, the group was ready for yet another excursion into the forests.

We carried our heavy cameras groggily in the morning fog and made it to the Gol Ghar where I had some strong coffee that kicked the sleep out of my eyes. Back into the safari vehicle, we entered the forest again - yet another chance to catch a glimpse of the elusive panthers. The thick morning fog didn't help with things either. The forest seemed eerily silent and the lack of any action was dampening the mood of the group.

I took the following pic from my cell phone camera since the lens I had on my SLR wouldn't allow for such wide shots. As the sun rose higher, the fog disappeared and things were looking much brighter now from a photography perspective. Light improves in the forest While we are moving along the path, we hear extremely loud alarm calls! The calls came out all of a sudden - out of nowhere and pierced through the silence of the forest floor! Our Bolero stopped immediately and all of us were ready with our cameras!

Hearts pounding, we waited with bated breath and sweaty trigger fingers for the Leopard to make himself visible to us. Few seconds later, we saw a rustle in the bushes ahead of us and we could make out that the Leopard was making its way towards us - right towards us! Cameras trained at the entrance, we waited patiently and within no time, he was there - in all his glory - walking majestically towards us, not even being bothered one bit by our presence. The only sound at this moment was that of camera shutters closing at very high frequencies.

No one said anything - this was the moment we were waiting for and it was there in front of us. That moment! Torn Ear! What a Majestic Creature!